How to Grow a Beard as Asian without minoxidil

When I was young; I was far away from wearing a mustache, a beard would be impossible. Not just because of my friends´environment, but also because as an Asian, facial hair is not our strongest feature.

However, growing older and changing your mind on many things in life, I started to grow and wear a beard. It is not easy, and tried to find a lot of information on the web, but very little is available, besides the marketing materials from Philips and Braun and many more, who make growing a beard so easy.

I just want to share my journey how I grew a beard and share information as many ask me if this is something genetically or just a way of shaving. I thought I was never to wear a beard, but now I get many compliments how good it looks on me.

I started obviously slowly with a period where I could grow my facial hair. The 2 weeks holiday was perfect for that: no colleagues or friends asking me if I was trying to change my looks  or trying to give me advice. And if it does not work after 2 weeks, I could still decide to shave it all off as nothing happened.

One of the problems is that much on the internet is tuned for people who are not Asian. A 3 days unshaven non-Asian person could look great as where with an Asian it may look strange with just a few long hairs in some spots. That is why I had trouble finding the best guidance for this. 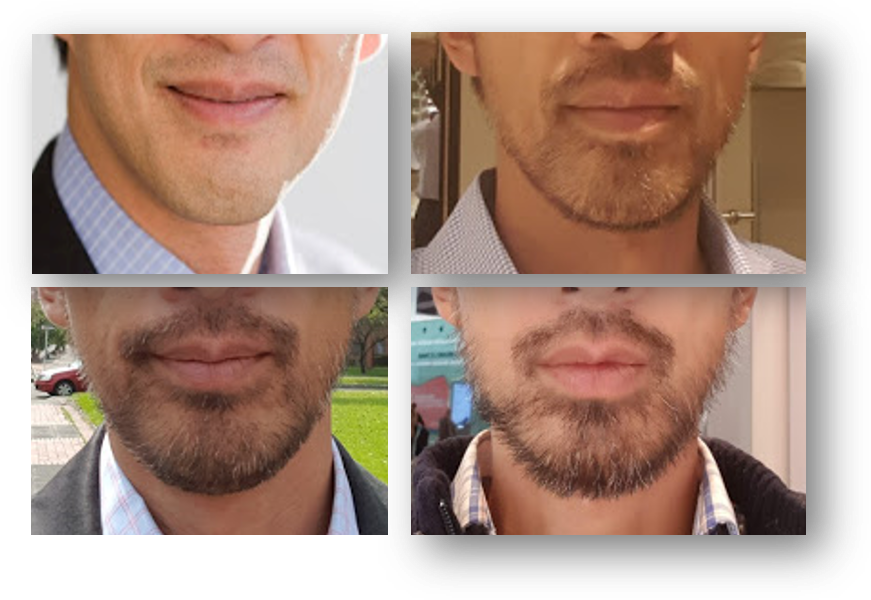 The best advice is to grow it for at least 10 days without touching, facial hair grows approximately 0.4 mm per day. It does not matter if you have a lot of facial hair or little, the hair grows with that speed.

What is different though is the density of the facial hair. And many Asians have that problem. It is not that difficult to grow a mustache for many. The hair density is high there, and the same applies to the chin. But when it comes to the cheeks, the density has significantly dropped.

That is where guidance needs to come in how to shave and to be honest, there is not a lot of information I could find on that. Had to experiment, but practice helped a lot.

What is the key to grow a beard

The method behind growing a beard is to shave the facial hair with different lengths. Shave it shorter where density is high, such as above the chin. And shave it longer where only few hair reside.

Still easier said than done. I started from a babyface where missing one day shaving does not really matter.

After letting it go after a few days, it slowly came on.

How to shave a 3 days beard for Asians

There are number of different areas in the facial hair area:
The guidance is to shave each of these areas with different length, where you have highest density shorter and lower density longer.

To start with a so called 3 days beard, you would shave:

It is thin, not a full beard, but keeps its posture as a bit "rougher". It is just between where people would ask you if you "are you trying to grow a beard" instead of "did you forget to shave".

There are 2 areas that are a clean shave (0 mm). The vertical part of the neck or throat. You would always shave the throat area (vertical area) with a normal shaving machine and keep a nice clean line between under chin (horizontal area) and the neck (vertical area). Sometimes you may want to use an intermediate (3 mm) to make it less rigid the transition from beard to clean shave.

The other part is on the cheek. Some prefer to shave it in a very strict line, but that only works if you have high density. it would not work for people with less density on the cheeks. the alternative is to grow it, but just cut the hairs which are too high on the cheek and really outside the beard area.

I used to wear the "3 day beard" for a while, but decided to grow it longer. To grow and shave it longer, I used the following:
The result is as following:

This is slightly fuller and looks as a clean look. 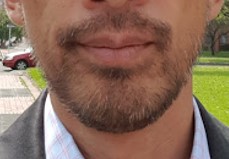 Later I even went for a slightly fuller beard:
The result is as following: 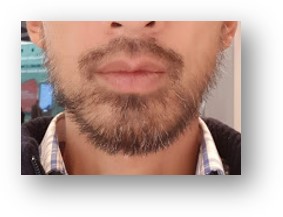 and from the side: 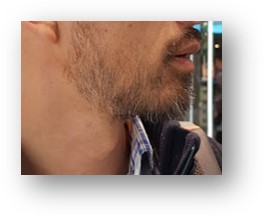 As you can see this gives the fullest beard. The cheeks are covered with longer facial hair and even though its density is lower, it covers well.


When best and how often shave

The beginner´s mistake is to trim a beard after a shower. A wet beard is more difficult to trim than a dry beard as the hairs do not jump up. Best is to do the beard trimming the night before with a dry beard for best results. For the clean shave (0mm), that needs to be done daily to keep it nice and clean and can be done also in the evenings or in the mornings. The 0mm is best done with a normal shaving machine and not a trimmer to get a clean result and most likely is done with a wet skin.

You need to let the beard give some time to grow every time. Every 2nd day is good to trim it again and leave it for the weekend with some rest. So Sunday, Tuesday and Thursday evenings are perfect to trim the beard. 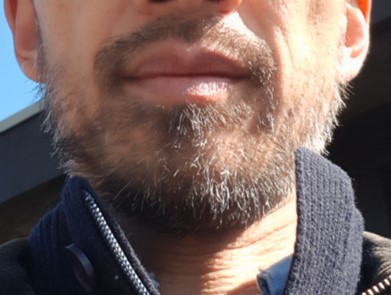 Also, when trimming the beard, do not push too much the machine. The trimmer has already special combs that keeps the distance right. Just a moderate pressure is enough just as pushing your finger on the table without feeling pain.

One other point here is that to find your style you can cut the beard just that the hair does not curl up and stays straight. It helps to comb it regularly with a fine comb and to put a bit of wax in it to keep it straightened.


we  dive into beard trimmers and shavers.

Popular posts from this blog

To laser your eyes with SMILE - an honest story

To laser or not to laser... your eyes, this was something that took me some time to think about. To be honest, almost 40 years that took me to make the final decision. I started wearing glasses since I was 8 in primary school and ever since I did not get used to see the world without any.
Pain of glasses and contactsI wore contacts during my student time, but the pain to every day put them in and out, your eyes getting tired quicker and working with computers put even more strain to the whole experience. So, I decided after 7 years to switch back to glasses again.

But living your whole life with wearing glasses, it is a pain. Every day cleaning your glasses, the accidents I got with breaking the frame while playing with my kids or doing sports, and losing 3 pair of glasses in the sea and lake was not helping me feeling great with wearing these spectacles.
Several  times I thought of doing a laser operation. Some friends told me about their great experience and recommended me to do so.…
Read more

Review of G-Shock MR G - Is it worth it?

I love watches, not just any watch, but one that stands out of the crowd. I tried and look for many different ones, but the one that took my attention was the G-Shock Mr G collection. It is the top of the G-Shock watches and therefore also referred as "Mister G".

It looks very sharp, but it is also a very technically advanced watch. First of all, it is solar powered, the display is basically a solar cell that provides sufficient energy to recharge its internal cell to provide lifetime energy. Great, as there is no need to replace its battery every 2 years nor do I have to swing my arm every now and then to mechanically charge it.


If you look closely, you see the little cells of the solar cell panel on its display.

But that is not everything, it also synchronizes the time and location with satellites. This is actually the best feature, because if you live in Latin America for instance, the radio synchronization does not work as there is no Multi-Band 6 antenna station in that …
Read more